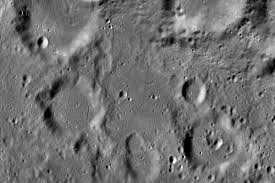 The US space agency NASA has recently found Vikram lander on the surface of Moon. A satellite, Lunar Reconnaissance Orbiter, (LRO) from the US space agency released an image of the impact site where Vikram was crashed in September 2019.

• NASA said in a statement that it had released a mosaic image of the site on September 26 and invited people to search for signs of the lander.

• After that, a person named Shanmuga Subramanian approached the LRO project with positive identification of the wreck.

• The debris, located approximately 750 meters northwest of the main crash site was identified by  Shanmuga Subramanian.

• He previously had discovered the mosaic (1.3 m pixels, 84 ° incidence angle) in November.