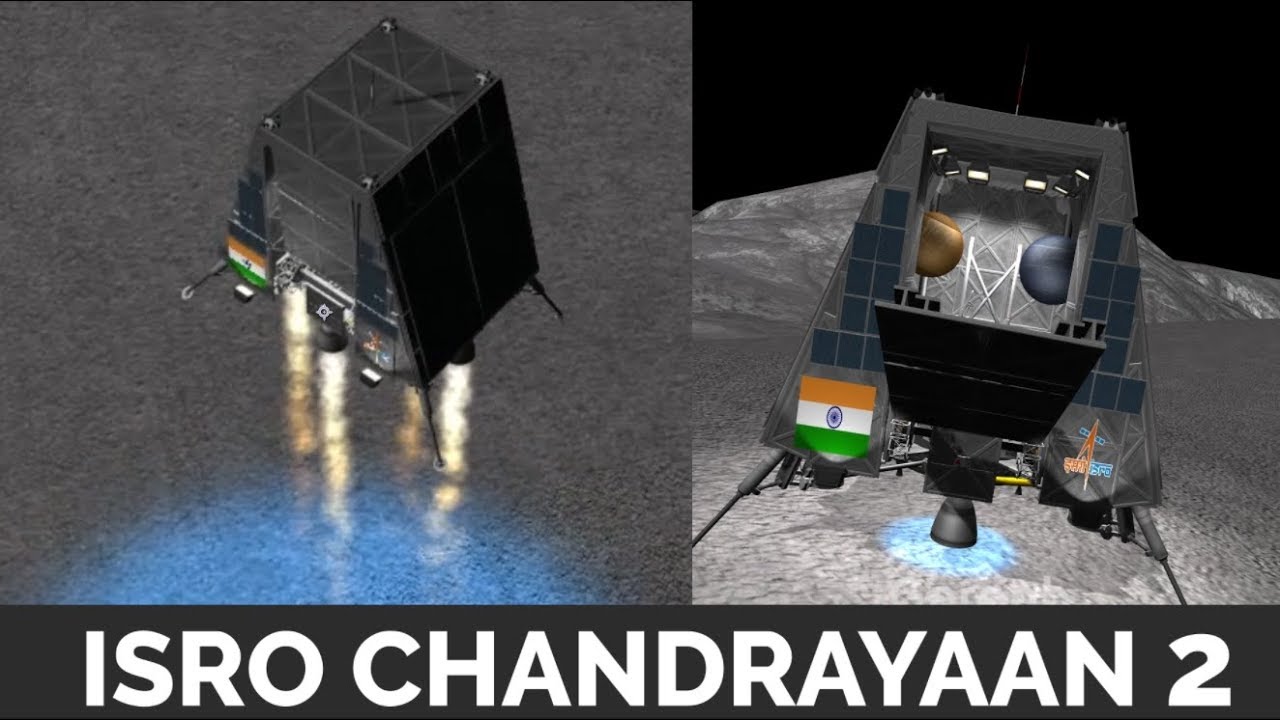 Chandrayaan-2 only 5% of mission affected by lander losing contact, Orbiter is the real hero

Chandrayaan-2 lander which failed to land made up only 5% of mission
95% of the mission will be carried out by orbiter which is successfully in its place
Orbiter can take pictures of moon and send them to Isro.
The world watched with bated breath as India tried to go where no one had ever gone before -- the south pole of the moon. India's ambitious second lunar mission Chandrayaan 2 was expected to make its soft landing on the surface on the moon late on Friday night.
Enthusiasm turned into a sense of distress at Indian Space Research Organisation's (Isro) Mission Operations Complex in Bengaluru as Chandrayaan 2's lander 'Vikram' lost communication with the ground stations on Saturday just ahead of the soft landing.
Isro chief K Sivan said till 2.1 km above the surface of the Moon, the mission was doing fine but before Vikram could land, Isro lost contact with it. While it at first glance it may seem like the mission has failed that is far from true.
Everything is not lost. And so is confirmed by many experts.
"Only 5 per cent of the mission has been lost - Vikram, the lander, and Pragyan, the rover. The remaining 95 per cent, that is the Chandrayaan 2 orbiter, is orbiting the moon successfully," said an Isro official.
Former ISRO Chairman G Madhavan Nair noted that the orbiter is healthy and functioning normally in the Lunar orbit, and that Chandrayaan-2 had multiple objectives, including soft-landing.
Writer and managing editor of Nasa Spaceflight Chris G agreed. He said that "The orbiter is where 95 per cent of the experiments are".
"If Vikram failed to land - which it looks like remember the orbiter is where 95 per cent of the experiments are. The orbiter is safely in lunar orbit and performing its mission. This is not a total failure. Not at all," Chris G said.
The Chandrayaan-2 spacecraft comprised three segments the Orbiter (weighing 2,379 kg, eight payloads), 'Vikram' (1,471 kg, four payloads) and 'Pragyan' (27 kg, two payloads).
Geosynchronous Satellite Launch Vehicle Mark III, or the GSLV Mk-III, the biggest and most powerful rocket in India's space garage carried with it the orbiter, lander and rover. The GSLV Mk-III successfully launched the orbiter. The spacecraft proved itself worthy of the title "Bahubali".
If we look at the mission payloads, we come across a better understanding of things and how it is indeed not a failure as a whole.
The 2379-kg orbiter, with a designed mission life of one year, carries eight scientific payloads for mapping the lunar surface and study the exosphere (outer atmosphere) of the Moon.
The orbiter payloads will conduct remote-sensing observations from a 100 km orbit.
According to Isro, the lander carried three scientific payloads to conduct surface and subsurface science experiments, while the rover carried two payloads to enhance our understanding of the lunar surface.
Chandrayaan-2 orbiter, going around the Moon, is capable of communicating with Indian Deep Space Network (IDSN) and the mission life of the Orbiter is one year. With a mission life of one year, the Orbiter can take several pictures of the moon and send it to the Isro. The Orbiter can also take pictures of the lander to know its
status, the space agency official said.
HOW CHANDRAYAAN-2 ORBITER WILL DO THE HEAVY LIFTING
The Chandrayaan-2 orbiter has eight payloads for different jobs.
It has Terrain Mapping Camera 2 (TMC 2) whose primary objective is mapping the lunar surface. The data collected by TMC 2 will give us clues about Moon's evolution and help us prepare 3D maps of the lunar surface.
It has Chandrayaan-2 Large Area Soft X-ray Spectrometer (CLASS). CLASS measures the Moon's X-ray Fluorescence (XRF) spectra. Basically it will examine the presence of major elements such as Magnesium, Aluminium, Silicon, Calcium, Titanium, Iron, and Sodium.
It has the Solar X-ray Monitor (XSM). XSM observes the X-rays emitted by the Sun and its corona, measures the intensity of solar radiation in these rays, and supports CLASS.
It has the Orbiter High-Resolution Camera (OHRC). OHRC provides high-resolution images of the landing site.
It has Imaging IR Spectrometer (IIRS). One of its objectives is the global mineralogical and volatile mapping of the Moon.
It has Dual Frequency Synthetic Aperture Radar (DFSAR). The main scientific objectives of this payload are High-resolution lunar mapping in the polar regions, quantitative estimation of water-ice in the polar regions and estimation of regolith thickness and its distribution.
It has Chandrayaan-2 Atmospheric Compositional Explorer 2 (CHACE 2). HACE 2's primary objective is to carry out a study of the composition and distribution of the lunar neutral exosphere and its variability.
And finally, the last payload Vikram has is a Dual Frequency Radio Science (DFRS) experiment. Its objective is to study the temporal evolution of electron density in the Lunar ionosphere.